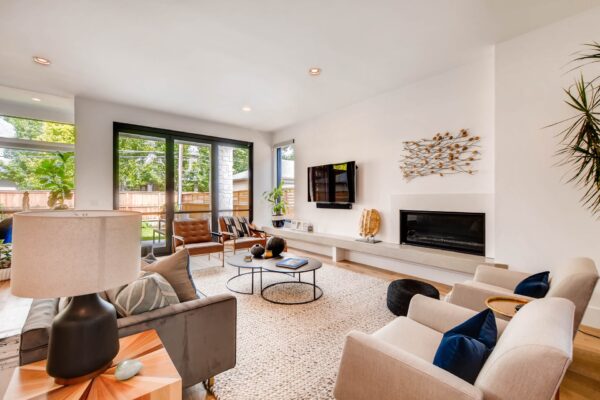 The homebuilding industry is famous for its lingo. If you’re building a custom home, you’ve no doubt encountered a dozen different terms and words that you may not be familiar with — from the different styles of homes, to confusing homebuilding terminology. Two of the most commonly-confused terms have to do with the builders themselves — what’s the difference between real estate developers and general contractors?

These two terms have similar, albeit distinct meanings with a few key things to separate them. In this article, we’ll walk you through real estate developers vs general contractors, and help you pinpoint which, if not both, are right for you and your project.

General contractor is likely the term you’re most familiar with of the two. It’s thrown around a lot in this industry, but the actual definition can vary depending on context of the word — some build office complexes, others do bathroom remodels. It’s a flexible term, but the bottom line is that each of them will manage the on-site processes of the construction site.

Your general contractor will manage all of the activity of the site of the future completed project, from the laying of the foundation, to the delivery of the building supplies, to the actual putting-together of the eventual structure.

Broadly, a general contractor can be viewed as the actual construction company itself. To put it in simple terms, they’ll be the people driving nails into the wood — almost all of the hands-on of the building process will be either managed or handled by your general contractor. They may also subcontract to other construction firms or contractors, but your “GC” will be the ultimate oversight, seeing to it that your home, building or otherwise comes together just as it should.

Real estate developers will usually manage many properties at once, working with one or many general contractors. They’ll stick with their property until its ready to be used or moved into.

Where Do Custom Builders Fit Into All This?

Custom builders, namely custom home builders, occupy a special space in the construction industry. They do many of the jobs real estate developers do, and manage general contractors as developers do as well, but tend to work more with individuals than large-scale clients.

Custom builders differ from broad-term real estate developers in the attention to detail, and the amount of care they give to the needs and wants of the client. Custom builders work one-on-one with their clients, tailoring their new house or building to perfection and in meticulous detail. Compare this with other, general purpose developers, who prioritize scale and quantity instead.

To Sum It Up

General contractors do the day-to-day operations of a construction site. They put hammer to nail, and will be the guys in hard hats who either directly manage or physically put together the home.

Real estate developers conduct the planning, zoning, layout, design, and all the things that fall outside the realm of a construction company. Similar, but not quite the same as a developer, custom builders provide similar building planning and design services, but to a much higher, personalized, and invested degree.